Alan Bond & Ken Wapling win the first silverware of the year the Mad March Jugs (but in April) at The Dyke GC.

A good day weather wise although cold it was dry and bright.The society welcomed Mr Andrew Burnett for his first meeting as a new member and Mr Tim Cole for his second meeting as a guest.  The society found the course in generally good shape although the greens which although had good pace were a little hard and bobbly. The average score was a very solid 31.84. Eighteen players battling it out for the Mad March Jugs Trophies (plus a guest). This is a pairs Stableford competition with the added twist of a yellow ball doubling the score of one of the two players whist in play (note the whilst in play aspect Mr Mann & Mr Tippett!)

Lots of strong pairings fought hard for the trophy which was won by Messrs Bond & Wapling: -

The longest Drive competition was replaced by a nearest the linecompetition

A secondary individual stableford competition was held with some excellent scores!! 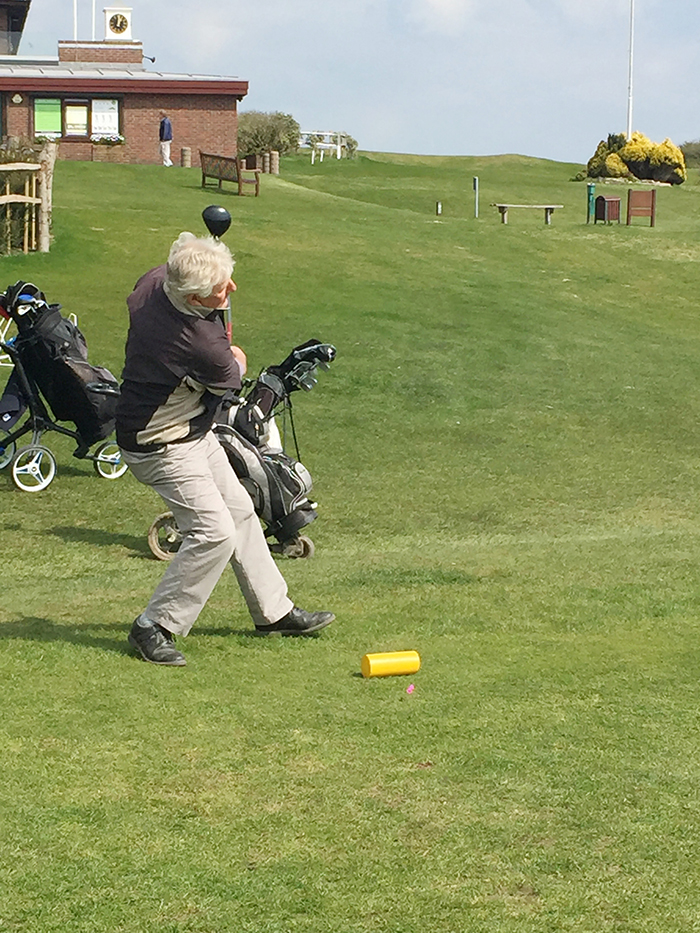 Its all about poise and balance as Dereck demonstrates 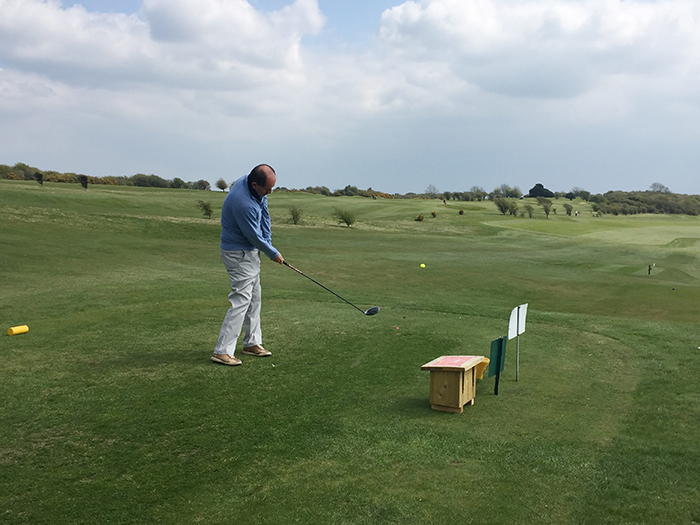 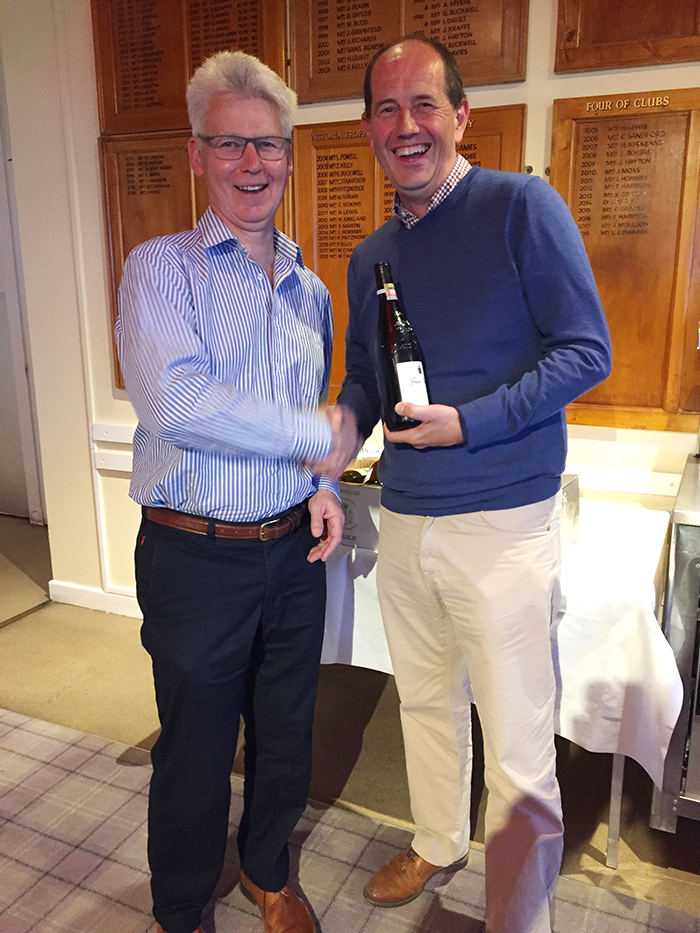 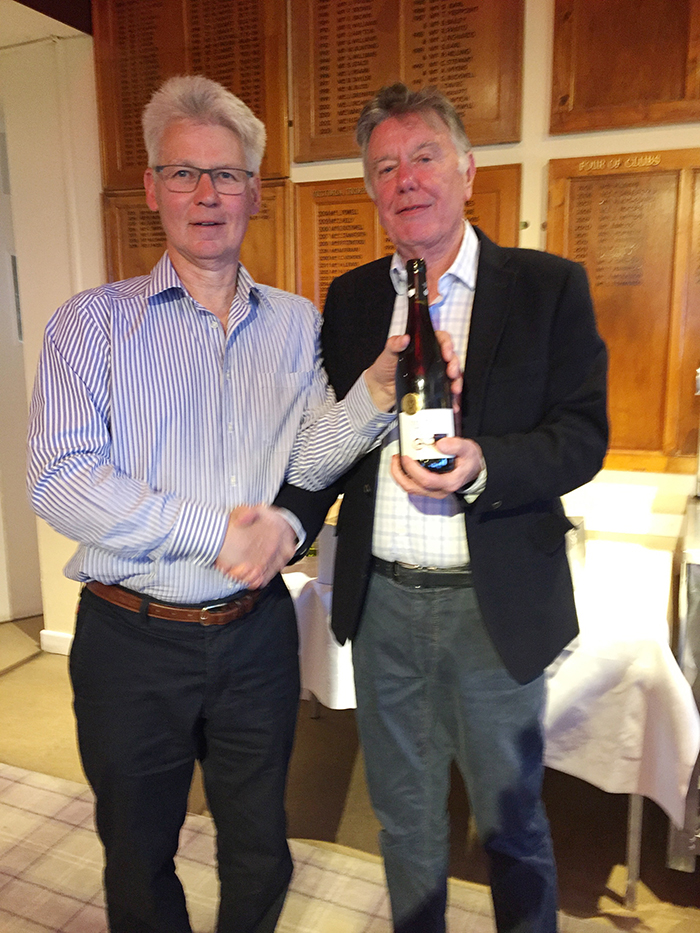 The next monthly meeting is at the very popular Cooden Beach GC on the 17thMay competing for the prestigious Anniversary Cup– an individual stableford competition of full society handicaps – full details nearer the time.

In between 12 of the membership will commence battle for the Spring Cup held by Mr Peter Cudmore.  Based in Montreuilsur Mer the battle will play out over three days. Fingers crossed for some decent weather!

The usual tour report to follow in due course, however it was noted that the old experienced hands of Messrs Mann, Watkiss, Bigley and Tippett managed their handicaps very carefully at the Dyke – that odd extra shot might make all the difference on the Spring Tour!!  Just joking.